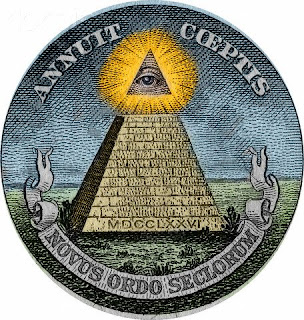 It was 2:AM when suddenly I sat straight up in bed. A moment earlier during REM sleep (rapid eye movement) when most dreams or “night visions” occur, a last piece of an important puzzle had fallen into place, shaking me from slumber.

I had been wrestling with certain images and enigmatic information for years, trying to make sense of what I had found. But not until recently had something deeper troubled me. It was as if an ominous voice somewhere was ready to show me what I was finally able to receive.

Of course I was very familiar with transcendent subject matter. I had been involved with religious institutions for more than 30 years in official capacities including as an executive in the largest evangelical organization in the world. During that same time I had appeared on international television and radio programs with opportunity to expand my presence to a regular audience, if desired.

Yet it was not until a brief stint working with exorcisms that I had come face to face with authentic supernaturalism and had finally begun questioning the differences between indoctrination and revelation, knowledge and wisdom, religion and relationship, good and evil. It was here at last that my arrogant disposition, which had served my significant ego like a triumphant battle horse for decades, fell weak. The sword of a superb memory that had allowed me to chop down others with proof texts and so-called writs of fact had at once become as empty as the tomb of Jesus Christ.

I wouldn’t know until later how necessary that rebirth and change of heart and mind had been. Some of the very people I had mocked as conspiratorial had turned out to be closer to understanding these enigmatic truths than I ever had. Naivete and blind acceptance, especially of specific controlled versions of American history had kept me in the dark, blinded from the actual course that a frightening network of hidden powers had set our nation upon years before.

Then came “The Angel in the Whirlwind”, and pieces of the puzzle began rapidly falling into place. Things were making sense now – world affairs, changes to U.S. domestic and foreign policy, a renewed focus on the Middle East, Israel, Iran, Iraq, Babylon – and I found it astonishing. The words, deeds, gestures and coded language of the world’s most powerful men clearly pointed to an ancient, prophetic, cryptic and even terrifying reality.

As outlined in this series of articles based on my upcoming new book APOLLYON RISING 2012: The Final Mystery Of The Great Seal Revealed -- A Terrifying And Prophetic Cipher, Hidden From The World By The U.S. Government For Over 200 Years Is Here, the startling truths behind the clandestine society that helped frame the United States and placed within the Great Seal a prophetic Secret Doctrine can finally be understood. What even the best researchers of the Illuminati and veiled fraternities such as the Freemasons were never able to fully decipher is spelled out herein for the first time. The power at work behind global affairs and why current planetary powers are hurriedly aligning for a New Order from Chaos is exposed. Perhaps most incredibly, one learns how ancient prophets actually foresaw and forewarned of this time.

One caution: If you are a person that is happy living in a “Matrix”, cradled in the warm embrace of illusions, I recommend that you lay this study aside and enjoy your remaining days uninformed.

But prepare yourself for the unexpected, including truly startling and often discomforting information, which you have not heard or read anywhere before.

What has been hidden in plain sight for more than 200 years is preparing to reveal itself to humanity.

The clock is ticking and the hand is closer to midnight than most can comprehend.

Something wicked this way comes.

The occult desire of the ages is here.

And once you understand the secret, you will know what you have to do to survive.
Posted by Tom Horn at 11:31 AM