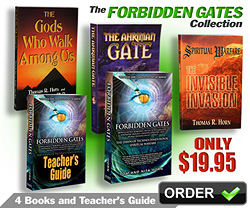 FROM ANTICHRIST’S MARK TO HIS TRANSHUMAN CHURCH


Perhaps related to the rise of Antichrist and his human-transforming “mark of the Beast” technology is an intriguing aspect of transhumanism that is only now developing into what could be an end-times universalist religion. Is it a coincidence that this comes during the same epoch in which the United States Supreme Court, for the first time in its history, became devoid of Protestant representation with the confirmation of Elena Kagan; a time also in which the Claremont School of Theology analyzing the future of American religion concluded at its 2010 Theology After Google Conference that “technology must be embraced” for Christianity to survive?

Although most transhumanists, especially early on, were secular atheists and would have had little resemblance to prototypical “people of faith,” in the last few years, the exclusion of supernaturalism in favor of rational empiricism has softened as the movement’s exponential popularity has swelled to include a growing number of Gnostic Christians, Buddhists, Mormons, Islam, Raelianism, and other religious traditions among its devotees. From among these groups, new tentative “churches” arose—the Church of Virus, the Society for Universal Immortalism, Transtopianism, the Church of Mez, the Society for Venturism, the Church of the Fulfillment, Singularitarianism, and others. Today, with somewhere between 25–30 percent of transhumanists considering themselves religious, these separate sects or early “denominations” within transhumanism are coalescing their various religious worldviews around generally fixed creeds involving spiritual transcendence as a result of human enhancement. Leaders within the movement, whom we refer to here as transevangelists, have been providing religion-specific lectures during conferences to guide these disciples toward a collective (hive) understanding of the mystical compatibility between faith and transhumanism. At Trinity College in Toronto, Canada, for instance, transhumanist Peter Addy lectured on the fantastic “Mutant Religious Impulses of the Future” during the Faith, Transhumanism, and Hope symposium. At the same meeting, Prof. Mark Walker spoke on “Becoming Godlike,” James Hughes offered “Buddhism and Transhumanism: The Technologies of Self-Perfection,” Michael LaTorra gave a “Trans-Spirit” speech, nanotechnologist and lay Catholic Tihamer Toth-Fejel presented “Is Catholic Transhumanism Possible?" and Nick Bostrom spoke on “Transhumanism and Religion.” (Each of these presentations can be listened to or downloaded at our Web site, http://www.forbiddengate.com/.)

Recently, the New York Times picked up this meme (contagious idea) in its June 11, 2010, feature titled Merely Human? That’s So Yesterday, speaking of transhumanism and the Singularity as offering “a modern-day, quasi-religious answer to the Fountain of Youth by affirming the notion that, yes indeed, humans—or at least something derived from them—can have it all.”[i] In commenting on the Times article at his blog, one of our favorite writers, bioethicist Wesley J. Smith, observed the following:

Here’s an interesting irony: Most transhumanists are materialists. But they desire eternal life as much as the religionists that so many materialists disdain. So they invent a material substitute that offers the benefits of faith, without the burden of sin, as they forge a new eschatology that allows them to maintain their über-rationalist credentials as they try to escape the nihilistic despair that raw materialism often engenders. So they tout a corporeal New Jerusalem and prophesy the coming of the Singularity—roughly equivalent of the Second Coming for Christians—that will...begin a New Age of peace, harmony, and eternal life right here on Terra firma.[ii]

In the peer-reviewed Journal of Evolution and Technology published by the Institute for Ethics and Emerging Technologies (founded in 2004 by transhumansists Nick Bostrom and James Hughes), the “Apologia for Transhumanist Religion” by Prof. Gregory Jordan lists the many ways transhumanism is emerging as either a new form of religion or a mirror of fundamental human ambitions, desires, longings, shared hopes, and dreams that traditional religions hold in common. In spite of denial by some of its advocates, Jordan concludes that transhumanism may be considered a rising religion because of its numerous parallels to religious themes and values involving godlike beings, the plan for eternal life, the religious sense of awe surrounding its promises, symbolic rituals among its members, an inspirational worldview based on faith, and technology that promises to heal the wounded, restore sight to the blind, and give hearing back to the deaf.

Of the technological Singularity in particular, Jordan writes how some transhumanists especially view the Singularity as a religious event, “a time when human consciousness will expand beyond itself and throughout the universe.” Quoting Kurzweil’s “The Singularity is Near: When Humans Transcend Biology,” Jordan provides:

The matter and energy in our vicinity will become infused with the intelligence, knowledge, creativity, beauty, and emotional intelligence (the ability to love, for example) of our human-machine civilization. Our civilization will expand outward, turning all the dumb matter [normal humans] and energy we encounter into sublimely intelligent—transcendent—matter and energy. So in a sense, we can say that the Singularity will ultimately infuse the world with spirit.

According to these Singularitarians, this expansion of consciousness after the Singularity will also be an approach to the divine:

Evolution moves toward greater complexity, greater elegance, greater knowledge, greater intelligence, greater beauty, greater creativity, and greater levels of subtle attributes such as love. In every monotheistic tradition God is likewise described as all of these qualities, only without any limitation: infinite knowledge, infinite intelligence, infinite beauty, infinite creativity, infinite love, and so on.... So evolution moves inexorably toward this conception of God.... We can regard, therefore, the freeing of our thinking from the severe limitations of its biological form to be an essentially spiritual undertaking.[iii]

Yet while development of a new universalist religion appears to be forming among members of transhumanism’s enlightenment, conservative scholars will taste the ancient origin of its heresy as the incarnation of gnosticism and its disdain for the human body as basically an evil design by an evil God (Yahweh) that is far inferior to what we can make it. “Despite all their rhetoric about enhancing the performance of bodily functions,” says Brent Waters, director of the Jerre L. and Mary Joy Stead Center for Ethics and Values, “the posthuman project is nevertheless driven by a hatred and loathing of the body.”[iv] Transhumanist Prof. Kevin Warwick put it this way: “I was born human. But this was an accident of fate—a condition merely of time and place.”

Conversely, in Judeo-Christian faith, the human body is not an ill-designed “meat sack,” as transhumans so often deride. We were made in God’s image to be temples of His Holy Spirit. The incarnation of God in the person of Jesus Christ and His bodily resurrection are the centerpieces of the gospel and attest to this magnificent fact. While in our fallen condition human suffering is reality, most traditional Christians believe this struggle makes us stronger and that healing and improvements to the human condition are also to be desired. Throughout history, the Church has therefore been at the forefront of disease treatment discovery, institutions for health care, hospitals, and other medical schools and research centers. In other words, we do not champion a philosophy toward techno-dystopianism. Indeed, what a day it will be when cancer is cured and we all shout “Hallelujah!”

But in the soul-less posthuman, where dna is recombined in mockery of the Creator and no man is made in God’s image, “there are no essential differences, or absolute demarcations, between bodily existence and computer simulation, cybernetic mechanism and biological organism, robot technology and human goals,” says Katherine Hayles, professor of English at the University of California, in her book How We Became Posthuman. “Humans can either go gently into that good night, joining the dinosaurs as a species that once ruled the earth but is now obsolete,” she says in transhuman contempt of—or outright hostility to—intrinsic human dignity, “or hang on for a while longer by becoming machines themselves. In either case…the age of the human is drawing to a close.”[v]

Thus a gauntlet is thrown down and a holy war declared by the new and ungodly apostles of a transhuman faith! We who were created in His image will either adapt and be assimilated to posthuman, or be replaced by Nephilim 2.0 and the revival of their ancient mystery religion. This solidifies how, the more one probes into the ramifications of merging unnatural creations and nonbiological inventions according to the transhumanist scheme of seamlessly recalibrating humanity, a deeper malaise emerges, one that suggests those startling “parallels” between modern technology and ancient Watchers activity may be no coincidence at all—that, in fact, a dark conspiracy is truly unfolding as it did “in the days of Noah.”

Consider, in conclusion of this entry, the thoughtful commentary by Dr. C. Christopher Hook:

There are several key questions that our churches and theologians will have to address. Is it appropriate for members of the body of Christ to engage in alterations that go beyond therapy and are irreversible? Is it just to do so in a world already deeply marked by inequities? What does it mean that our Lord healed and restored in His ministry—never enhanced? Is it significant that the gifts of the Holy Spirit—wisdom, love, patience, kindness—cannot be manufactured by technology?[vi]